Mariah Carey has opened up about the shock of her ill-fated soundtrack Glitter reaching the top of the charts, 17 years after it was first released.

Back at the end of the ’90s, Mariah Carey was an unstoppable force in the world of music. Albums like Daydream, Butterfly, and Rainbow had seen her consistently top charts around the world, and people were still enjoying hearing ‘All I Want For Christmas Is You‘ each and every year.

However, her next project – Glitter – would see the singer reach what has since been referred to as the low point in her career.

Having worked on filming a project called All That Glitters since 1997, the movie was finally released under the name Glitter in September of 2001. Making only $5.3 million back from its $22 million budget, the film was a financial failure, and was savaged by the critics.

Ten days before its release, Mariah Carey had released the album’s soundtrack, and was intending to go on a promotional tour soon after. However, following a few controversial months which saw the singer being hospitalised following an ill-fated appearance on Total Request Live back in July, all promotional campaigns were cancelled, and the soundtrack fell from the charts.

Ultimately, the commercial failure of Glitter saw Mariah Carey dropped from her $100 million contract with Virgin Records, and left the iconic singer at a devastating low point. However, almost two decades after this dark period, her efforts are finally being recognised by her legions of fans.

I have to dedicate today's #tbt to Glitter, which is currently #1 on the iTunes albums chart, 17 years after its release and on the eve of my new album release! My fans are THE BEST 💖💖💖 #JusticeForGlitter!! LET'S GO #CAUTION⚠️ pic.twitter.com/i2v8Zkp1oy

As People notes, last week saw Mariah Carey’s Glitter reach the top of the US iTunes charts for the first time ever.

Charting as the result of a campaign by Carey’s rabid fanbase – ‘the Lambily’ – in anticipation of her new album Caution, the #JusticeForGlitter movement was originally intended to get Carey to perform songs from the album live.

However, this campaign soon saw thousands of Mariah’s devoted fans hit up iTunes where they purchased enough copies of the album to see it first enter the top ten, then rise to the top.

Despite the massive support behind the album, even the singer herself is shocked to see such belated success for the album, noting that it “almost ruined [her] life”.

“The fact that Glitter even came back is a thing,” Mariah Carey explained while appearing on The Tonight Show With Jimmy Fallon. “Whoever thought it was going to get to No. 1, all these years later?”

“But it is a good album and the fans made it happen.”

“I had nothing to do with it,” she continued. “It’s a movement, it’s bigger than me.”

While the Glitter soundtrack managed to beat out the likes of Drake, Ariana Grande, Eminem, and Travis Scott on the US iTunes charts, who knows where this success will eventually end.

Could we be on the cusp of witnessing a brand new era of popularity for Mariah Carey? And if so, who would’ve thought Glitter would be the spark to set it all off? 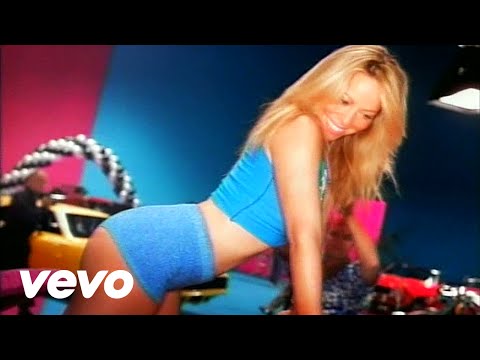