Noel Gallagher has cancelled his Liquid Lunch with Tim Rogers One of the most anticipated pairings of the year has been nixed, with Noel Gallagher cancelling his appearance on Double J’s Liquid Lunch with Tim Rogers.

Late last month, it was revealed that this year’s ARIA Week celebrations were set to feature a rather interesting conversation, with a special edition of Double J’s Liquid Lunch Live featuring Noel Gallagher and Tim Rogers set to take place.

The pair – who first toured together in 1998 – were planning to sit down in an exclusive conversation about music and life, undoubtedly delighting all who enjoy the exceptional conversational skills of both artists.

As expected, anticipation was high, with fans being given a chance to win tickets to the event. Now, Double J have revealed the chat will no longer take place, with illness forcing Gallagher to pull the pin just a few days out.

“Unfortunately, Noel Gallagher has had to cancel the Double J Liquid Lunch Live event with Tim Rogers,” a statement explained.

“Due to illness, Noel has been advised to focus on the upcoming High Flying Birds shows with U2 in Australia this month.”

In related news, Noel Gallagher recently opened up about the fact that Oasis are unlikely to reform as long as brother Liam continues to run his mouth on social media.

“He’d put his whole life on hold to get Oasis back together,” the rocker recently explained. “But every tweet he sends out, it’s another nail in the coffin of that idea.

“If you think for one minute I am going to share a stage with you after what you’ve said you are fucking more of a moron than you look.”

Noel Gallagher’s High Flying Birds are currently supporting U2 on their The Joshua Tree tour. Check out all the details below. 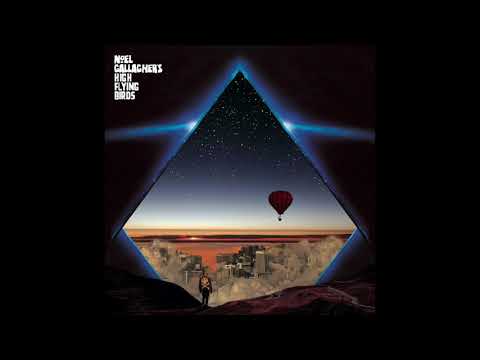 U2 The Joshua Tree Australian Tour