Melbourne art-pop artist Olympia is about to become a household name across the US and UK with the announcement of three major international label and agency signings.

TIO can exclusively reveal Olympia, aka Olivia Bartley, has inked deals with UK label Opposite Number Records (Lowtide, H.Grimace), Coda Agency (Billie Eilish, Maggie Rogers) both for the UK, and Paradigm Talent Agency, (Coldplay, Flume) for the US and Canada.

“It’s been a very inspiring couple of months for us in Camp Olympia. The reaction to Liv at her solo shows in the UK last year was utterly thrilling to observe, from both fans and industry. They led to two very exciting signings, with Paul Buck at Coda, and with Stan Raymonde at Opposite Number Records.”

Fun fact: Raymonde is the on of UK industry giant Simon Raymonde, who was the bassist and keyboardist for Cocteau Twins, and heads up UK record label, Bella Union.

“Raymonde has literally grown up in the industry, he has spent his life at shows and devouring new music,” Beston added. “He has a great ear, he is in love with Liv’s new record, and he is exactly the kind of passionate tastemaker we want leading up her team over there.”

Beston said Coda Agent Paul Buck has been following Olivia’s ascent since her appearance at The Great Escape in 2017.

“It is an honour to make things official with him,” she said. “I have great respect for his work, having been instrumental in helping build the live careers for bands such as Doves (a personal favourite), Confidence Man, King Gizzard and Methyl Ethel over in the UK/EU.”

The news follows the release of Olympia’s highly acclaimed debut album Self Talk, which hit #26 on the ARIA chart, and comes on the cusp of her national tour with fellow singer-songwriter Julia Jacklin from March 5.

As main support, Olympia will tour through Sydney, Melbourne, London, Paris, Amsterdam, Brussels, and Berlin, amongst other locations.

“The response to the music in the UK and the States has been really exciting – that feeling of being part of something bigger than yourself – which has brought a lot of energy to the project,” Olympia told TIO.

“I’ve loved the time I’ve spent playing the UK, and collaborating with different artists over there. We also have some champions in the state like Bill DeVille of The Current radio, and having Paul Buck and Tom Windish onboard is helping us connect and expand that network.”

Jess Beston, who also manages Holy Holy, said she’s been in talks with Tom Windish for years. Windish – the US-based founder of the Windish Agency juggernaut who is now a Senior Executive at Paradigm – initially showed interest in a previous artist Beston managed, The Trouble With Templeton.

“Tom has a great ear for finding acts early, and has been deeply involved in the touring careers of Lorde, alt-J and Billie Eilish,” she said. “I couldn’t be more thrilled with these additions to our global team.” 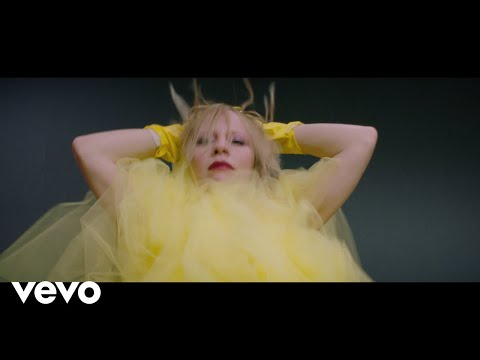 Tomorrow, Olympia is set to release brand new single ‘Shoot To Forget’, watch the teaser below: