An end to industry ripoffs, and other takeaways from day one of Indie-Con The independent music community gathered in Adelaide on Thursday for Day One of the Indie-Con summit, as attendees talked shop and tuned in for on sessions covering everything from punk to profiting from streaming peanuts. TIO soaked it up. Here are some key moments from the floors and stages of The Hindley.

Nightlife Music’s Australia Played campaign was announced Monday and broken in TIO. The team behind it left nothing to chance. Every delegate bag includes a flier, every screen in the venue stamped with the green and gold logo. In time, the team behind it would be thrilled to see it become an industry standard.

“Our dream is for it to be adopted industry-wide,” says Nightlife’s Matt Lymbury, who made it official with an announcement during a morning tech panel. “There’s so much talk of quotas at the moment and we certainly support them and think there’s a market for that but we need to create demand and educate as well. We really need the industry to adopt these sorts of approaches.”

The Hindley, the spanking-new, multi-space complex which hosts the Indie-Con, feels a lot like the Judith Wright Centre, home of the Bigsound conference in Brisbane. But with more spaces to buy a drink.

Content quotas in the commercial radio space is the topic everyone wants to talk about, but not on a panel. A heavyweight lineup gathered for a session to delve into industry licensing and copyright modernisation and consolidation. APRA AMCOS CEO Dean Ormston, PPCA general manager Lynne Small, Media Arts Lawyers principal and AIR chairman David Vodicka and others tackled the industry’s most urgent, and driest, issues on the “State of the Nation Panel.”

From the EU Copyright Directive to safe harbour, Sony ATV’s purchase of EMI Music Publishing and the early 2019 rollout of OneMusic in Australia.

“It’s a big job. We’re talking to everyone,” said Small on OneMusic, which has been trialled, with some success, in NZ. “There’s a lot of work going on.” And there’s a lot of room for confusion. “We need to make it simple, we need to make it effective.” The panel briefly threatened to tackle radio’s compliance of local content quotas, but with APRA AMCOS engaged with CRA and ARIA to regularly look at airplay data and compliance, Ormston and the panel took the diplomatic route.

Following the money is at the top of every industry’s agenda. The bad news for a music biz industry striding headfirst into digital world: it’s a web of confusion. No shock there.

The upside, notes Merlin chief Charles Caldas, is an end to ripoffs. “There’s no excuse in the world we live in is to not have full transparency,” said Caldas. “The question right now is how that data flows.” As time marches on, it’s “harder and harder to hide behind, ‘it’s complicated. We’ll pay you sometime.”

Oh, and the numbers are growing. In a closing keynote presentation, Caldas explained Merlin’s annual collections are on track to reach $500 million in annual collections. Today, the organisation boasts 800 members, with 20,000 labels and imprints in 55 countries around the globe.

In the first nine years of its existence, it distributed $1 billion. But in the year ahead, Merlin hopes to reach half that amount.

“This is one of the best times in the history of recorded music to be an independent label and putting music into the market. There’s proof that there’s a global audience for music and people are willing to pay for independent works.”

Australia’s monthly earnings from audio streaming revenues is soaring, according to Merlin’s “Impact Report.” And in one particularly good news story lifted from it, Aussie band Husky’s “Late Night Store” we learned was championed by a Spotify playlist curated in Mexico.

The country is now the band’s No. 3 streaming market, generating about one third the volume of their Aussie streams. “We have to think about where our audience is and how to reach them and be nimble to these opportunities,” says Caldas. “There’s tangible evidence that Australian artists can hold their own on the global stage.”

Paradise Motel fans rejoice. The massively underrated Aussie act’s catalogue should get a wider release across streaming platforms in the near future.

Fall down, get up, keep going. That’s the advice from Molly Neuman, global head of business development at Songtrust and a founder of the Riot Grrrl movement with her band Bratmobile and others.

“I’ve made some painful mistakes,” she said during her opening keynote. “You move on and learn from it. It’s ok. We’re not making a cure for cancer.”

Oh, and don’t bother complaining about Australia’s geographic isolation anymore. That’s so 2013. Mark Duffy, CEO at the department of industry and skills South Australia pointed out, “The tyranny of distance is dead, as far as music is concerned.”

Stream The Paradise Motel’s track for ‘The Promise’ below: 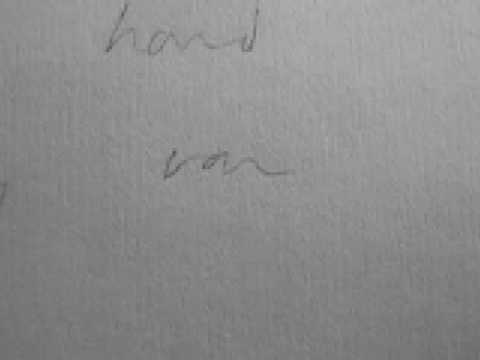