Below is our Q&A with Siobhan Poynton of punk three-piece SCABZ.

Because it is important to shine light on positive things when you’re being shat on. And I’m all about building up the gays. Hopefully soon Lesbians will not only run the music industry, but the whole planet and we’ll all be vegan and compost and ride bikes everywhere.

Look it’s draining, and I’m sick of feeling like a walking advert for the Yes vote. I don’t want people to come up to me and say ‘I voted Yes can I pat your dog’ anymore. I’m mad old mate Turnbull will get all the credit for years and years of hard work put in by gay activists. And I’m especially mad that when all this blows over, regardless of the result, me and my friends will still face discrimination every day because of the way we look and love. And don’t even get me started on all the things we could have used that money on.

But look, if all those alarmists in Canberra are right, and this is a step towards the end of the heteronormative, oppressive and planet destroying nuclear family structure that is the very fabric holding capitalism and religion together, then I guess it will all be worth it.

Pretty positive. I never really felt like it was an issue in the fancy industry desk jobs I had or really at the moment with booking shows.  I don’t feel like anyone has knocked us back for a support because they’re a homophobe or anything like that. More likely just cause we’re not the boyyzzz but that’s for another time.

There is a strong Lesbian music scene in Sydney. It could be better for sure, but there are heaps of gig opportunities for bands and DJs that are gay and want to play to other gay people. There are parties like Chicks with Picks and Pride Tide down in the Gong that actively promote gay women, trans and non binary performers. And in certain bands I’ve been in we have done full tours just off of queer parties.

For me the greatest personal struggle has been bridging being a big old dyke and just being a regular dude. Like I’m gay for sure, but I’m not ONLY gay. I’m just a guitar player with insecurities and an inflated ego like everyone else. And sometimes I worry like, ‘uggghh will the straights get my lyrics’ to five seconds later being like ‘fuck straighties I’m writing a whole album about the L word.’ 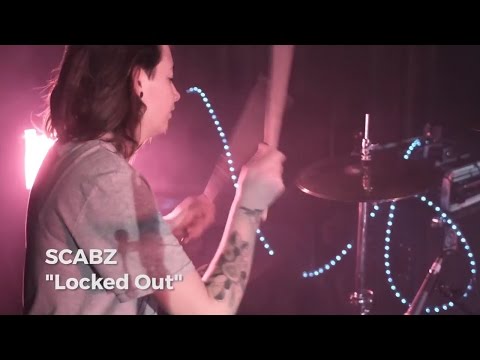 It could go one of two ways, either we reach full equality and it doesn’t matter who you fuck and the acronym won’t even need to exist, and people can just do their thing without being pushed into a societal category. Or, as I previously mentioned, Lesbians will be in control, the matriarchy will reign supreme, all the gay kids will have an endless budget to make great albums and the old white men will be getting them coffees.